We may receive commissions from purchases made via our links at no additional costs to you. We only recommend products and services that we trust and love. See our affiliate disclosure. 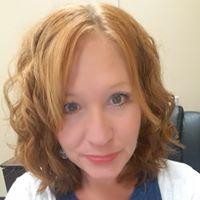 Dawn Schenone, MSACN, CNS, LDN
Dawn is a board-certified nutritionist passionate about working with woman struggling with weight loss resistance. She believes a plant-based diet is the best approach to weight loss and long-term health. Learn how to eat more and weight less! 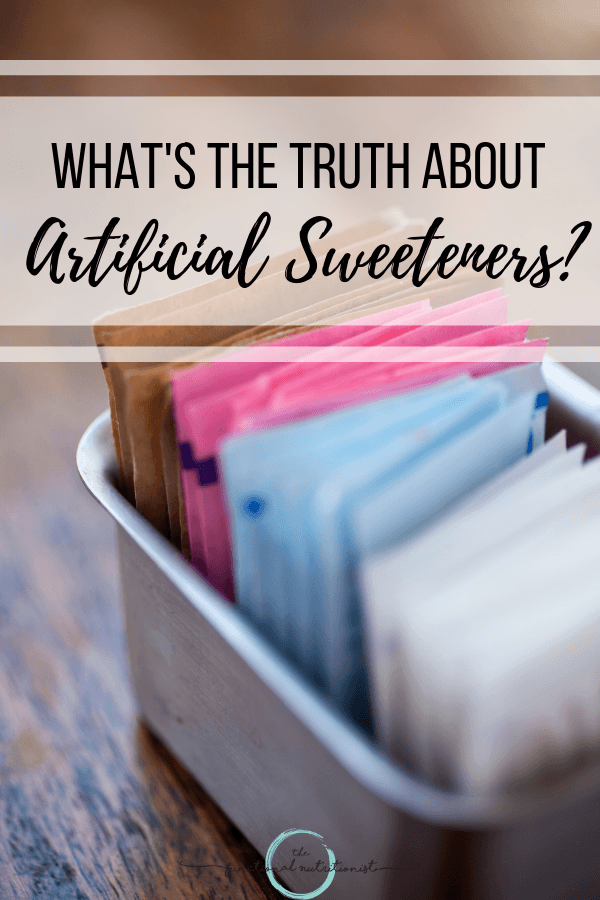 They have also approved one natural low-calorie sweetener – Stevia.

Most people consume artificial sweeteners to assist with weight loss or weight maintenance. Often times this is consumed in diet soda, but also in low-sugar treats or as an additive to coffee or tea. So why are people avoiding regular sugar? It’s well established that sugar quickly increases blood glucose and insulin levels, increases triglycerides, causes inflammation, and frequent consumption increases risk for diabetes, cardiovascular disease, and other chronic health conditions. What people aren’t aware of is that artificial sweeteners come with their own risks, and you may not be helping yourself by switching to an artificial sweetener as a replacement for sugar.

The Truth About Artificial Sweeteners and Your Health

One issue with artificial sweeteners is that they are hyper-intense and they can overstimulate the sugar receptors. When people habitually use artificial sweeteners, this over stimulation causes those people to find naturally sweet foods, like fruit, less appealing and even worse, it may cause an aversion to non-sweet foods like vegetables! This leads people to avoid healthy foods and only find enjoyment from processed foods that contain these additives. Retraining the taste buds to be addicted to this type of sweetness, can lead to increased incidence of obesity, type 2 diabetes, kidney damage, and other health issues.

Another study done on the effects of diet soda on atherosclerosis (plaque build-up on arteries) found that the daily consumption of artificial sweeteners was associated with a 35% greater risk of metabolic syndrome and a 67% greater risk of type 2 diabetes.

One unknown truth about artificial sweeteners is that they may affect your gut health! A study published in the journal Nature, showed that frequent consumption of sweet-tasting non-caloric sweeteners can disrupt metabolic function by altering the gut microbiota, contributing to glucose intolerance. Interestingly the researchers were able to replicate the effect by transferring the microbial matter from the effected mice to a sterile mouse using fecal transplant. This shows that the gut microbiome alone has a profound effect on metabolism, and that anything affecting the microbiome may also affect metabolism. Since artificial sweeteners may affect the microbiome, they may also negatively affect your ability to maintain or lose weight.

I can go on forever with research articles on the truth about artificial sweeteners, but if you need even more convincing, other research published in both the journals, Alzheimers & Dementia and Stroke, shows a strong correlation between those who drank at least one diet soda per day and a three-time greater risk to develop stroke and dementia.

Many people think of sucralose as the “safer” artificial sweetener because it’s made from sucrose, or table sugar. This sweetener is marketed as being made from sugar, but this isn’t the whole truth about this artificial sweetener. Sucralose, which is not a natural product, is made by replacing three select hydrogen/oxygen groups with three chlorine atoms to create an intensely sweet product without calories. Does this sound natural or safe?

Have you seen the warning on Splenda to avoid heating at high temperatures? Well research shows this is also true at temperatures used to cook food (as low as 248 ℉). Since Splenda is often used to bake with, compounds such as chloropropanol and polychlorinated aromatic hydrocarbons (PCAHs) can be released, and these have a potentially toxic effect on humans. They can also have a cumulative effect over time. So the more you use it, the more of an effect it can have on your health.

Additionally, non-nutritive sweeteners, including Splenda, have been found to pass into breast milk from the mother’s consumption. There have been no studies on the effects of artificial sweeteners on infants, but I always err on the side of caution with infants. I would definitely stay away from these while pregnant and nursing!

New research published in the Journal of Toxicology and Environmental Health found that compounds from sucralose can bioaccumulate in fat in animal studies. The compounds were retained in the fat for at least two weeks after stopping intake of Sucralose. Since this information was not known during the regulatory process, the truth about this artificial sweetener will hopefully change how Sucralose is labeled and viewed as a “safer” sweetener.

Watch out for Products that May Contain Artificial Sweeteners

What This Nutritionist Thinks About Artificial Sweeteners

While these natural sweeteners do contain calories, they also contain other beneficial nutrients and are not harmful when used occasionally:

I think the occasional use of stevia leaf (not Truvia) and monk fruit (luo han guo), which I prefer, is okay since they are closer to their natural forms. I like the following brands of stevia and monk fruit:

However, I still would not over consume these, since the use of non-nutritive sweeteners does NOT support weight loss.

Remember, research shows that routine use of these artificial sweeteners (aspartame, sucralose, and stevia) is associated with weight gain, obesity, and cardiovascular risk. This is mainly because these sweeteners have an adverse effect on glucose metabolism, the gut microbiota, and appetite control. Also, people have been found to compensate for the saved calories at a later meal by eating more!

Let me repeat: Artificial sweeteners do NOT support weight loss and may actually be harmful!

If you stick to whole foods (fruits, vegetables, whole grains, protein) and drinks (water with lemon or lime, green or herbal teas, and unsweetened coffee), you won’t even cross paths with these sweeteners. It may take time for your taste buds to adjust, but it will happen if you stick to it!

If you enjoyed reading the truth about artificial sweeteners, please share with others. 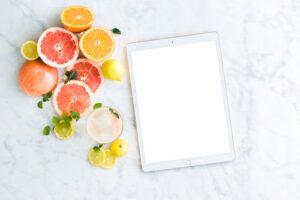 The above statements have not been evaluated by the Food and Drug Administration. The products mentioned are not intended to diagnose, treat, cure or prevent any disease.  Check with your doctor or nutritionist before starting a new supplement program.

5 Shares
Pin
Share
Tweet
Email
« How to Pick the Best High Quality Multivitamin
Plant-Based Protein: All You Need to Know »

The Functional Nutritionist, LLC is a participant in the Amazon Services LLC Associates Program, an affiliate advertising program designed to provide a means for sites to earn advertising fees by advertising and linking to Amazon.com.

I'm a board certified nutritionist who specializes in addressing weight loss resistance by using a whole food plant-based diet. Learn how to lose weight effortlessly. Read more about my philosophy…